Skip to content
Sharing a form to generate Excel file report from SQL query in Oracle Forms. This form can be used in Oracle Forms 6i and 10g / 11g.
Below is the screen shot of this form and could be download from the following link:
Excel_Rep.Fmb 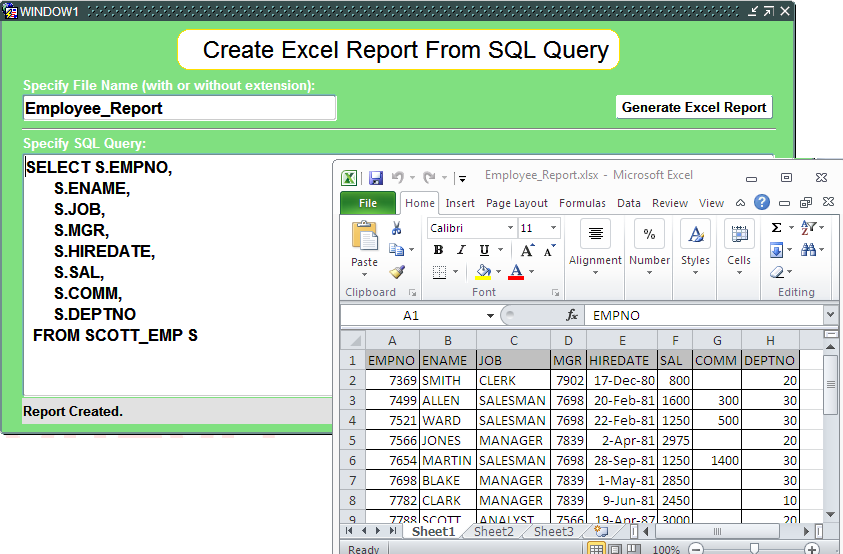 A procedure Create_Excel_File is attached in Program Unit of the form, which is being called from the "Generate Excel Report" push button and the following code is written on When-Button-Pressed trigger:
declare
vstring varchar2(4000);
begin
vstring := rtrim(replace(replace(:sql_query, chr(10),''), chr(13),''), ';');
Create_excel_file(vstring);
end;
Note: Excel Report will be created and open automatically in New Excel Instance.
See more examples of using OLE object in Oracle Forms from the following links:
https://foxinfotech.in/2013/02/formatting-excel-file-using-ole2-in.html
https://foxinfotech.in/2013/02/creating-excel-file-in-oracle-d2k-forms.html