CSS is an integral part of markup languages and web designing. Professionals with knowledge in CSS have a lot of scope in website development companies. If you are a fresher about to appear for an interview, we are listing some basic CSS interview questions and answers. This article is also for you if you are already a professional looking to job your memory. Anyway, keep reading to know more about CSS.

1. What is CSS in programming?

A. World Wide Web Consortium (W3C) developed CSS and released it on 17 December 1996.

3. Which are the modules used in CSS?

A. Some of the extensively used modules in CSS are:

4. What are the disadvantages of using CSS?

A. This question is one of the most asked CSS interview questions and answers. Some of the disadvantages to using CSS are:

5. What are the advantages of using CSS?

A. Some of the advantages of CSS are:

6. What is a CSS framework?

A. CSS framework or CSS library is a set of predefined layout templates. The benefits of using the CSS framework are that all the web pages created with CSS will have a consistent appearance.

7. What are the various methods of writing code in CSS?

A. The codes in CSS are of three types and use their writing methods. The different types of codes are:

This is an important answer in CSS interview questions and answers.

8. In how many ways is CSS integrated into a web page?

A. There are three methods to integrate CSS on a web page. They are:

9. Name the advantages and disadvantages of using External Style Sheets?

A. Advantages of External Style Sheets:

10. Name the advantages and disadvantages of using Embedded Style Sheets?

A. Advantages of Embedded Style Sheets:

A. CSS is similar to HTML string. It is the first part of the CSS code that mentions which element needs the particular styling. The rule mentioned in the CSS code only applies to the selected element.

A. The main application of Tweening is for creating animations. Usually, the rendering of frames is through the commands written in the code. But with Tweening only thing provided is the position of the object in two consecutive frames. The program will figure out how to render the transition.

13. What is the major difference between Logical tags and Physical tags?

A. Physicals tags apply to increase the presentability of the web page. Logical tags have no presentational benefit. Also, Physical tags are new in comparison to Logical tags.

14. What is the major difference between Style Sheet and HTML?

A. HTML has better structure but with no styling of content. CSS provides Style Sheets with an option to integrate style into HTML. Style Sheets also have a better layout and appearance because of styling.

16. What is a Declaration block in CSS?

A. Declaration Block is a catalog of instructions for properties, colons, and values.

17. What are the mainly used font attributes in CSS?

A. Some mainly used font attributes in CSS are:

18. Why is importing the easiest method of styling a file in CSS?

A. Importing allows the styling of different files with a single CSS style file. Through importing application of different styles to specific documents is possible.

19. What is the use of a Class selector in CSS?

A. The use of Class selectors in CSS is a unique style declaration. Class Selector can select all the elements with a particular attribute.

20. What is the difference between a Class selector and an ID selector?

A. A CSS Counter is a variable element. They can increase by the rules set by CSS while tracking.

A. Pseudo-elements can style particular sections of the text. The use of CSS is mostly to apply styling to entire pages or sections. There is no provision to apply styling to a minute section of a line or block. Pseudo-elements define the small portion as an entire portion and perform styling on them. In doing so, there are no effects on the existing styling of the rest of the web page.

23. How to overrule underlining Hyperlinks?

A. There is no provision to go back to default property values in CSS. It is because setting default values is not possible. To revert the values, one can rewrite the property to the original value manually.

A. Some of the Media types used in CS are:

26. What is Box Model in CSS? Name its elements?

A. Box Model questions are integral to every blog on CSS interview questions and answers. The Box Model in CSS defines the structural layout of content in a web page. The elements of the Box Model are:

27. What is a contextual selector in CSS?

A. A contextual selector selects only the elements which fall under a particular context defined by the CSS property. It only selects the part of the web page required by the developer for any specified reason.

A. Image Sprites combines all the images of a web page into a single file. Image Sprite helps in faster loading of the webpage because individual loading consumes extra time.

29. What are the major differences between Grouping and Nesting in CSS?

A. In Grouping, combining selectors with the same property value as possible. By doing so, the size of the code decreases drastically. In Nesting, specifying a selector inside a selector is possible.

30. How are the dimensions of an element defined in CSS?

A. The defining of dimensions of an element in CSS is by:

31. How to use float property in CSS?

A. The float property allows placing images on the left or right side of the page and making the text wrap around it.

32. Explain the working of the Z index in CSS?

A. The Z index works like the Z-axis in geometry. When two elements overlap while styling through CSS, the Z index provides overlapping rules. This property allows assigning positive and negative values to define which element will appear on top or bottom. The default value for the Z index property is zero.

A. When a component fails, with the help of Graceful Degradation, the rest of the web page will function properly. Graceful degradation allows the replacement of a failed component with an alternative tag. It is usually seen when images or tables fail to load. The space allocated for it shows a text depicting what the content of the table or image is.

34. Explain a Progressive Enhancement in CSS?

35. In how many ways can you cascade in cascading order?

A. With the help of Inheritance, the child class, will have similar properties to the parent class. There are alternatives to this function in every language because it decreases the repetition of codes. The property of Inheritance will override with specific statements added along with the child class.

37. Why is @import always mentioned at the top of the code?

A. @import is always mentioned at the top of the code to avoid overriding by another rule. It is common in all languages. A similar example of @import is the use of # in the C language.

38. To which will a website creator give preference CSS properties or HTML procedures?

A. A website creator will always give preference to CSS properties. The HTML elements will only reflect in the final web page view when there is no CSS support. And most of the latest versions of browsers and applications support CSS. So, CSS styles will always be prominent in the final presentation.

A. The use of Inline Style in CSS is to give styling to individual HTML elements.

41. What is the use of an Alternate Style Sheet in CSS?

A. Alternate Style Sheets is similar to a predefined set of themes accessible to the end-user of the web page. It allows the user to select the desired presentation style from the multiple available versions of the page.

A. No. Quotes are not compulsory in CSS. It is up to the programmer to decide if they want a single-quote, double-quote, or no quote.

A. At-rule is partly applicable at sections and won’t affect the entire document. The basic structure of at-rule starts with @, then A-Z, a-z or 0-9, and the property name.

A. RWD, Responsive Web Design, is a tool to adapt the web page according to the user’s device and screen size. With the help of RWD, a programmer won’t require to design pages separately for mobiles, desktops, laptops, and projectors.

A. Specificity defines the rank of a CSS statement in the entire code and the relevance of a property to an element. There are four types of Specificity in CSS:

CSS: The Definitive Guide: Visual Presentation for the Web 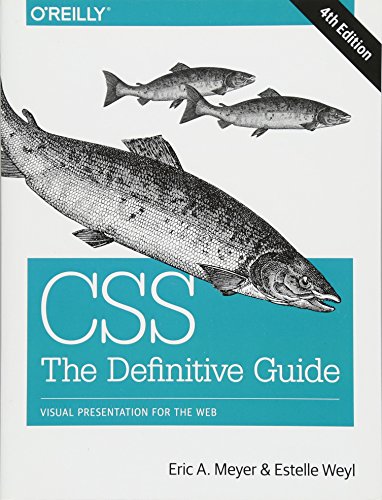 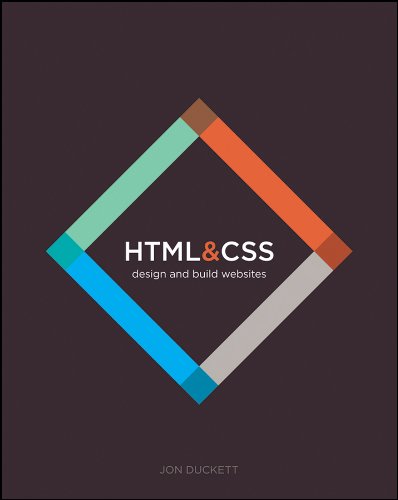 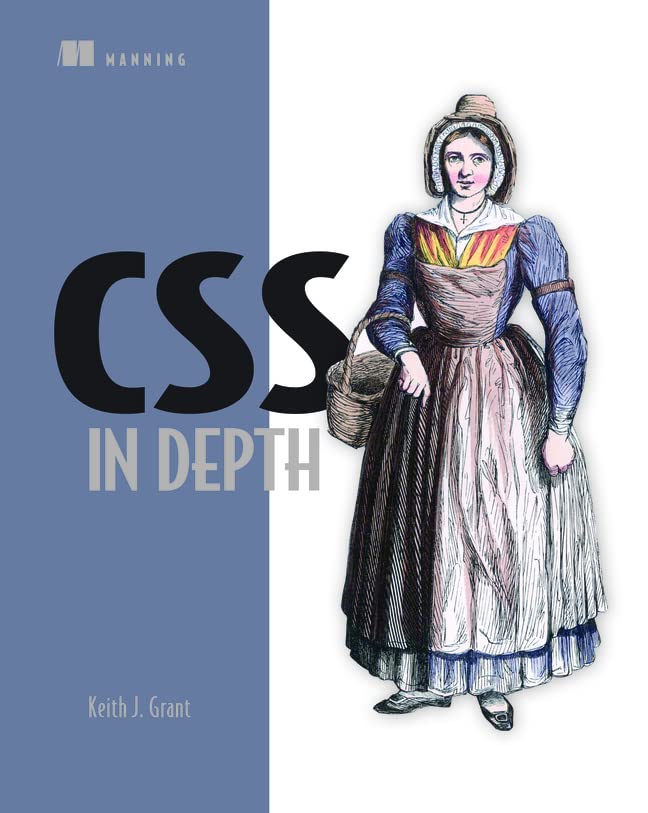 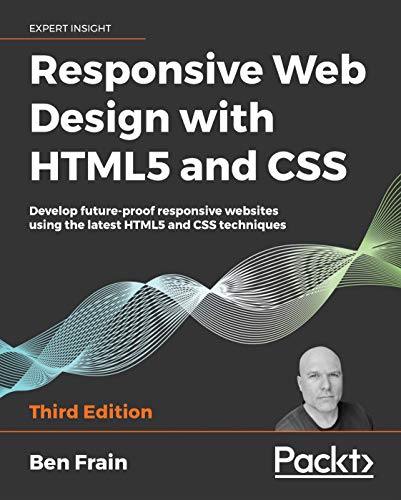 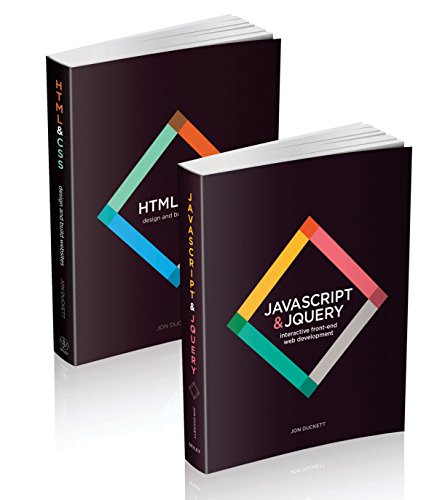