In this tutorial, I will show you how to create a card layout report with images in Oracle Apex.

By saying with images, I mean, we will create a card layout report based on a table having the BLOB column containing images and having other columns with other information.

Creating a Card Layout Report with Images in Oracle Apex

To create a card layout report, open your application in Oracle Apex, and create a blank page.

Then do the right-click on the region node and select Create Region option from the shortcut menu.

Set its source type to SQL Query and add the following query into it:

In Oracle Apex, for a card layout report the query must have the following three column aliases in its SQL query:

Because a card layout template has already substituted these three column names as you can see in the below image:

So that is why I defined the alias card_title for the product_name column and product_description column as card_subtext and the blob column product_image as the card_text.

And you can definitely change the order of the columns, for example, you can make the product_image column as card_title to show the image first.

Remember, for the BLOB columns; you need to pick the column as its length by using the dbms_lob.getlength() function.

The following is the screenshot for the above settings:

Now click on the CARD_TEXT and set the properties as shown in the below image: 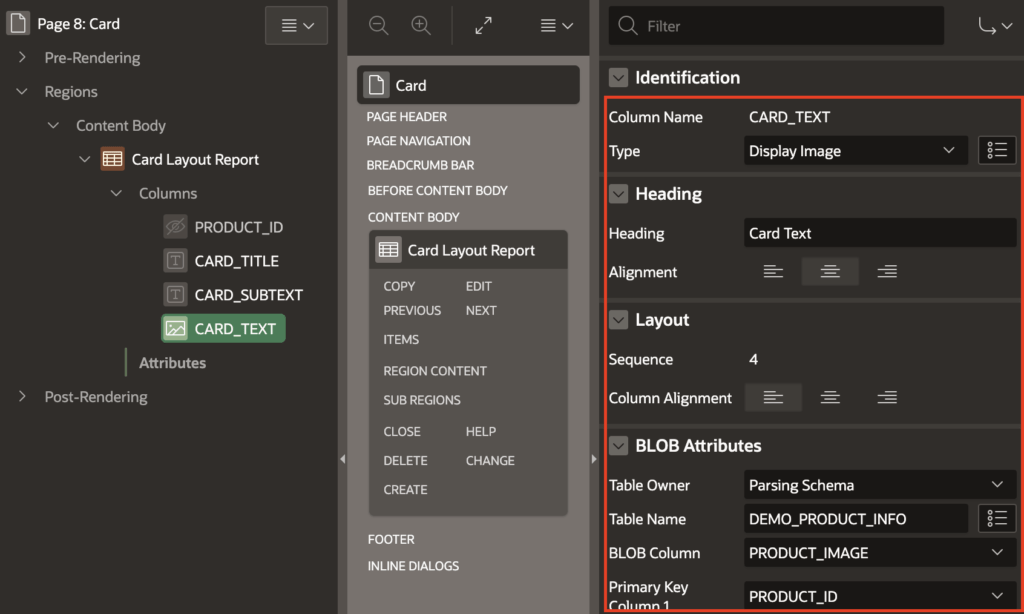 Now click on the Attribute node and set the following properties:

Then click on the Template Options button and set the properties as shown in the below image:

You can customize the above template as you like.

You are all set. Now save the changes and run the report to test the output would be as shown in the below image: 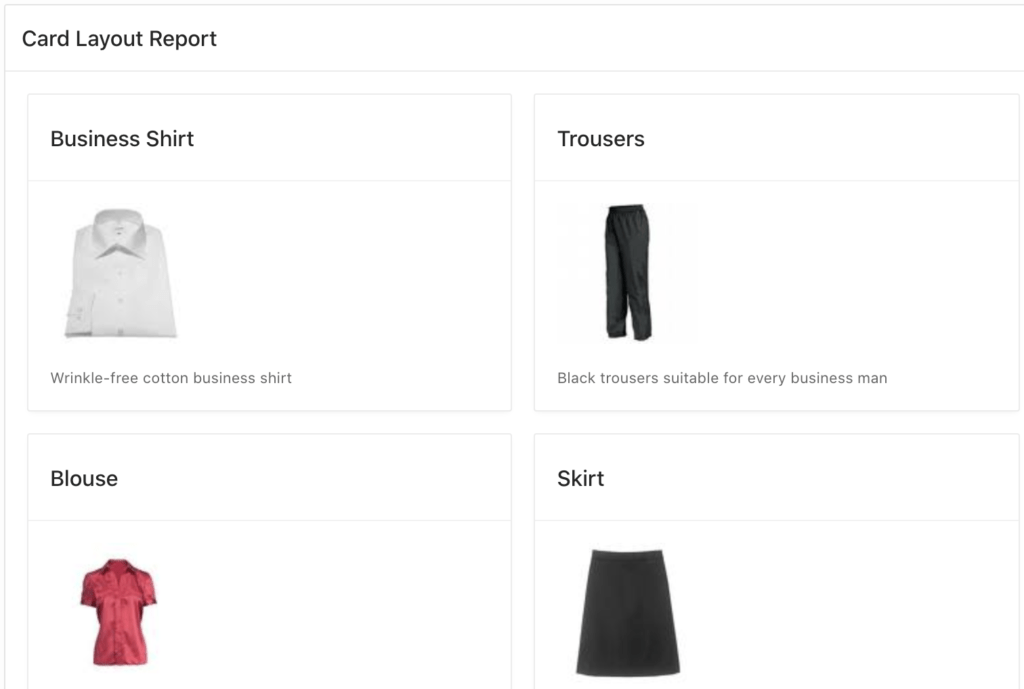