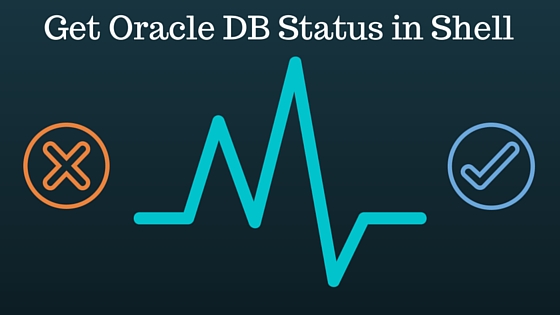 Run vi editor and add below content by changing values accordingly as mentioned in next paragraph.

Change the ORACLE_SID and ORACLE_HOME variable values to your Oracle database information and change the password also for system user or you can use any other user credential details as you are executing just a simple query from dual. After completing the editing save this file and give a name, for this example we can assume file name as isdbup.sh.

The above command will change the permission for the owner (u) of the file to executable (x) and now you would be able to execute this script as following: