Using CLEAR_BLOCK To Prevent Save Confirmation Dialogs In Oracle Forms

Vinish Kapoor
Clear_Block built-in clears all records from the current data block and if the user had made some changes in records which have not been committed, then Oracle Forms processes the records depending on the argument passed to the Clear_Block procedure.

ASK_COMMIT
Oracle Forms prompts the user to commit the changes before clearing the block.

DO_COMMIT
Oracle Forms validates the changes, performs a commit, and clears the current block without prompting the user.

NO_COMMIT
Oracle Forms validates the changes and clears the current block without performing a commit or prompting the user.

Assume that a push button is on a canvas with lable ‘Execute Query’ and whenever user clicks on that execute query button, it clears the block first without prompting to user then re-executes the query. 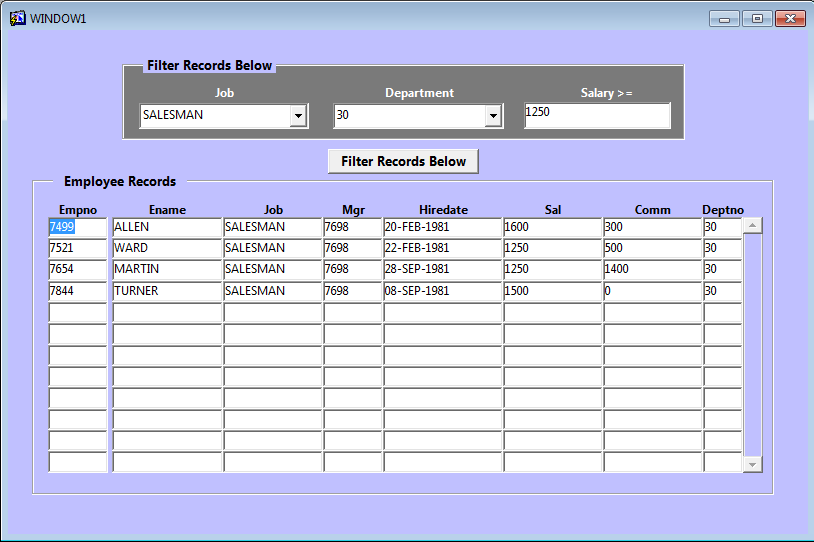