Unable To Enter Into BIOS Setup On Startup [SOLVED]

Vinish Kapoor
Yesterday I planned to install Windows 7 on my personal laptop in which Linux Ubuntu was installed previously, so I created a bootable pen drive of Windows 7 because my DVD drive was not working properly and then I plugged pen drive into my laptop and when I was pressing for F12 to get multiboot system on startup then it was not showing the menu and simply starts Ubuntu, then I tried several times but it was not showing, and also I tried to get into Setup to configure boot option and was pressing F2 but still not going into BIOS setup and continue to load OS.
When I was tired I thought to remove pen drive from my laptop and then tried to press F2 or F12 and it was entering into setup and was showing multiboot menu also, then I got the problem was due to pen drive plugged in before startup, I don’t know why it was happening like that.
Then finally I started my laptop without bootable pen drive and when setup was asking for password then I plugged in the pen drive and pressed Ctrl+Alt+Del to reboot and after that I pressed F12 and then it detected the bootable pen drive and finally multiboot menu displayed.
That was the solution of my problem, it may be useful for others. 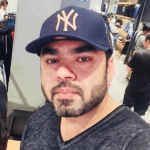 FoxInfotech.in is created, written, and maintained by Vinish Kapoor. It is built on WordPress, and hosted by Bluehost. Connect with Vinish on Facebook, Twitter, and GitHub.